OBSERVATIONS ON BYCATCH OF SEA TURTLES AND SECOND RECORD OF LEATHERBACK SEA TURTLE OFF THE COAST OF MAHARASHTRA, INDIA

Five species of sea turtles have been recorded from coastal waters of Maharashtra in India: (Karve et al., 2020): the olive ridley (Lepidochelys olivacea), green (Chelonia mydas), hawksbill (Eretmochelys imbricata), loggerhead (Caretta caretta), and leatherback (Dermochelys coriacea) turtles. All are protected under Part II of Schedule I of the Indian Wildlife (Protection) Act, 1972 (WPA, 1972), which offers the highest degree of protection to wildlife in India but still face many natural and anthropogenic threats (Chhapgar, 2005), including interactions with fisheries.

In December 2018, the Mangrove Cell of the Maharashtra Forest Department and the Fisheries Department of Maharashtra initiated a compensation scheme, under which fishers who cut or otherwise damage their fishing gear to release a marine animal protected under WPA 1972 were given monetary compensation. Fishers have to submit an application and photograph of an entangled animal in the fishing net, a video of the live animal being released back to the sea, GPS location of the incident, details of the boat owner and crew members, and boat registration documents to the Fisheries Department. Upon successful verification of the documents by the Fisheries Department, the application is forwarded to the Mangrove Cell and the compensatory amount is released to the bank account of the beneficiary. To date, the owners of 178 vessels have been compensated and 146 sea turtles have been released back to the sea by fishers along the coast of Maharashtra. Bycatch turtles recorded in the scheme comprise 90 olive ridley, 51 green, three hawksbill, and two leatherback sea turtles (Figure 1).

The first documented case of a leatherback turtle was recorded through the scheme in May 2019 (Karve et al., 2020). We now share a second photographic record of a leatherback sea turtle (Figure 2) off Palghar district (20.03° N, 71.15° E). This turtle was caught on 12th March 2021 in a gill net (133mm mesh size) set during the day, ~85 nautical miles from the shore in water 55-60m deep. The leatherback turtle was released by the fishers, who estimated its carapace length as “3.5 feet” (~110cm). The tail cannot be seen extending beyond the edge of the carapace in the video submitted to the Mangrove Cell, but the estimated carapace length suggests the turtle is a large sub-adult (Eckert et al., 2012) or small adult and using tail length to distinguish between males and females at this size and/or age-class may not be reliable. 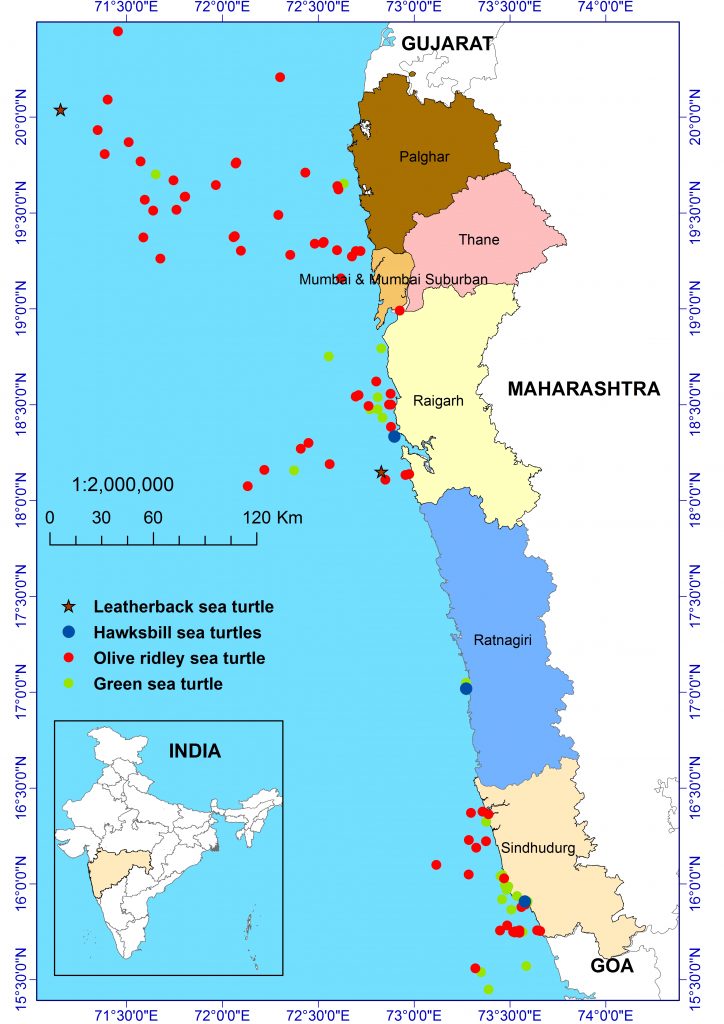 Figure 1. Locations of sea turtles caught in the fishing nets off Maharahstra and other states on the west coast of India from December 2018 to March 2021.

This information adds to the currently limited knowledge of occurrence and potential migratory pattern of leatherback sea turtles along the west coast of India. The earlier record of leatherback turtle off Bharadkhol (Karve et al., 2020) and recent record off Palghar district are from the months of May 2019 and March 2021 respectively, and may be related to the jellyfish blooms that occur in Maharashtra waters in the summer months (Saravanan, 2018). 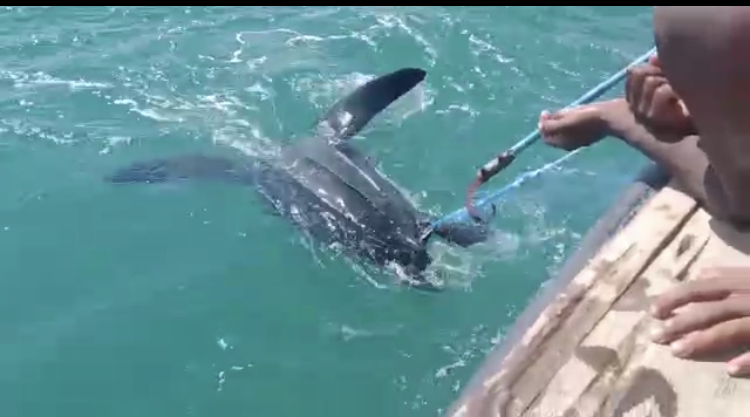 We are thankful to Mr. Prakash Tandel for documenting the release of the leatherback sea turtle.