Corbyn’s Cove is a coconut-palm-fringed beach located at Port Blair. The beach is governed and maintained by the Port Blair Municipal Council and is heavily lit with flood lights due to its being a tourist attraction. On 11th March 2014, approximately 80-100 olive ridley hatchlings were observed crawling down the beach to enter the sea, and a further six live hatchlings and several dead hatchlings were sighted on the morning of 16th March 2014. Depredated sea turtle nests containing empty eggshell were observed on 16th, 20th and 23rd March 2014 after the nests were exposed by feral dogs. The night watchman of the beach infrastructure told us that 11 olive ridley turtles had emerged to nest at Corbyn’s Cove during the month of January 2014 and nine nests were laid, of which 6 were excavated and relocated by the forest officials to Grub Island in the Mahatma Gandhi Marine National Park some 20 kilometres away.

The present report suggests that a small number of olive ridley turtles nest on the heavily lit Corbyn’s Cove beach, and proper management practices should be employed to minimise the effect of lights on hatchling orientations and to safe guard the nests. 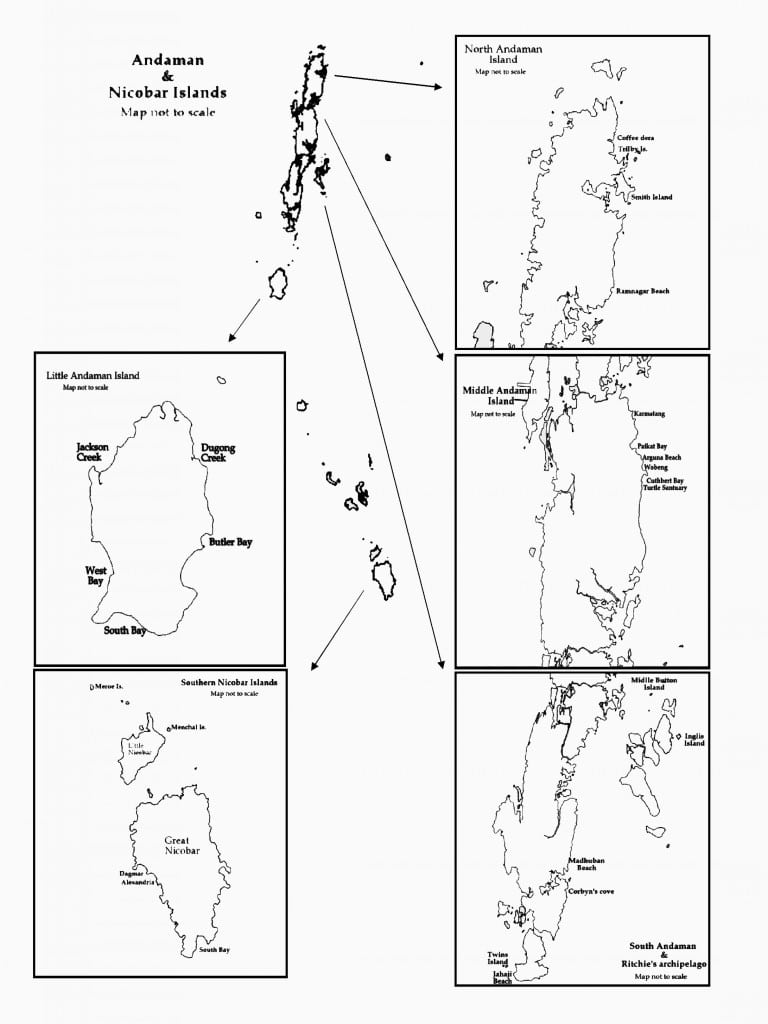