COULD SPEED-DATING STYLE SESSIONS LEAD TO A LASTING RELATIONSHIP FOR ISTS?

As part of the 28th Annual Symposium of Sea Turtle Biology and Conservation, a novel oral presentation format (speed sessions) took place which gave presenters a limited amount of time (four minutes) to give an overview of their work. Generally, these speed sessions were based on a similar format that occurred at the Annual Meeting of the Society for Conservation Biology (SCB). At ISTS 28, presentations (eight for the conservation session, eleven for the biology session) were followed by a 30 minute discussion period where each presenter placed himself/herself in a predetermined part of the auditorium and audience members were free to approach presenters to further discuss their findings. Approximately 250 people attended the conservation speed session on Wednesday 23rd January, 2008 and approximately 350 people attended the biology speed session the following day.

Respondents liked that the speed sessions ‘cut the fluff’ with presenters quickly getting ‘to the meat of their presentations’. Some respondents were concerned that presentations with complex methodologies would not be suitable for speed sessions and that students may be judged unfairly against traditional presentations for student awards. Certainly, integrating Speed Sessions into the student award judging process is a challenge that would need to be addressed at future symposia.

The area in most need of improvement is the discussion section, where audience members often found it difficult to find presenters (and even presenters who had difficulty determining where they were supposed to be). A longer discussion period would have been preferred by 28% of respondents; 68% thought that the discussion length was ‘just about right’. A handful of respondents suggested a panel style discussion following the presentations; conversely, some respondents found the current format less intimidating and felt that they could more easily approach the presenters without the discussion being dominated by one or two individuals. A further suggestion recommended having a narrower scope for the sessions, introduced by an invited speaker giving an overview of the topic to be presented and discussed.

By and large, respondents found the session length to be ‘just right’ (90%) with an appropriate number of presenters (86%, Figure 3). When asked whether the time allotted to each presenter was appropriate 29% stated that the time was too short, with recommendations ranging from five to eight minutes. The remaining 71% thought four minutes was ‘just right’ (Figure 3). Topic diversity was thought to be ‘just right’ by 84% of respondents, with the remaining opinions split equally between ‘too narrow’ and ‘too broad’.

The program committee for ISTS 29 will incorporate comments and suggestions garnished from this evaluation survey, and implement a new and improved version of the Speed Sessions at next year’s symposium. Therefore, given the overwhelmingly positive response from the attendees of ISTS 28, it appears that the Speed Sessions have made a sufficiently good impression to earn a second date in Brisbane. 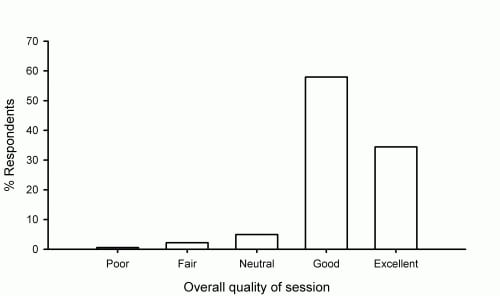 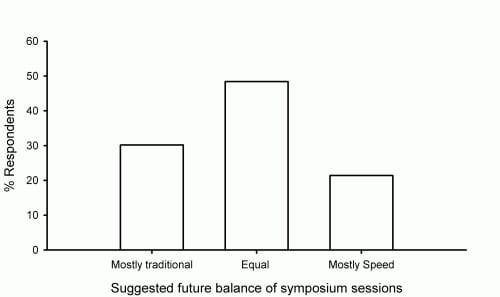 Figure 2: None of the respondents thought that future symposia should comprise of exclusively traditional or speed sessions. The majority (48.4%) thought an equal balance would be preferable with the remaining respondents preferring either mostly traditional (30.2%) or mostly speed (21.4%) sessions. 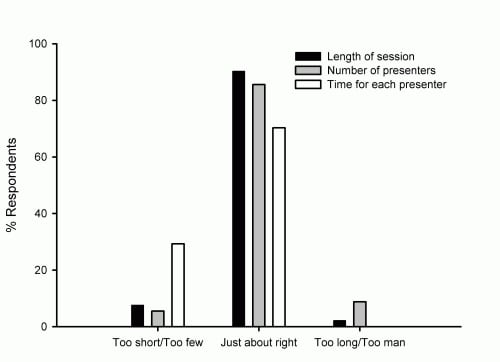 Figure 3: In general, respondents found the length of the speed session, the number of participants and the duration of each presentation to be just about right.