TREE Foundation began its work in Nellore in the year 2008 and has progressively been strengthening community based sea turtle conservation. In the year 2008-2009, the organisation protected 36 nests, following which 40 nests were protected in 2009-2010, 142 during the 2010-2011 season, and 97 nests to date in the current season (2011-2012). This steady increase in nest protection has given encouragement, as well as motivation, to expand TREE Foundation’s Community Based Sea Turtle Conservation work to other coastal areas in Nellore district, Andhra Pradesh, which resulted in the inclusion of 16 km in SulurpettañPulicat Sanctuary Range and 42 km in Shriharikota Island (SHAR).

TREE Foundation pioneered a successful community-based conservation programme for the endangered olive ridley sea turtles nesting along the south-eastern coast of India. The support from the Wildlife Wing of the Forest Department and the Department of Fisheries of Andhra Pradesh has been pivotal in engaging the community. Though these are sporadic nesting sites of olive ridley sea turtles along the east coast, the offshore waters are the migratory routes for the mass nesters of the Orissa rookery.

It is imperative to also reduce bycatch of foraging juvenile hawksbill and green turtles before their populations decline. The Foundation also works to establish partnerships with local education institutions and decision-makers to disseminate findings and encourage more effective conservation policy through participatory workshops, curriculum development, and knowledge exchanges with conservationists.

TREE Foundation has been working with local communities on general ecological observations, natural history, and problems faced by communities while protecting sea turtles against poaching and other illegal activities. This strengthens the community-based conservation that constitutes the backbone of TREE Foundationís successful establishment in Nellore district. The Andhra Pradesh Forest Department and Fisheries Department support the Foundation’s work with the communities, creating an intimate web of governmental, non-governmental and community involvement in sea turtle protection. The Forest Department collects weekly data and monitors turtle nesting through a Forest Section Officer involved in random night patrols.

This year, TREE Foundation, in a joint initiative taken by the DFO of Sulurpeta Division and the CCF of Tirupathi, recruited six new Sea Turtle Protection Force (STPF) members in Sulurpetta Range. The new members will be patrolling the Pulicat Sanctuary area protecting sea turtles. The main threat to turtles which nest along Sulurpetta coast is poaching. Yanadi tribes are said to poach adult nesting turtles and eggs for their protein. However, TREE Foundation plans to suggest alternate protein source options for them in order to avoid turtle poaching. TREE Foundation also conducted a training workshop for officials and Yanadi Tribes at ISRO/SHAR, Shriharikota. The two day training workshop provided hands-on experience for the Yanadi tribesmen who will be patrolling the 42 km stretch of pristine shores of Shriharikota every morning. The Foundation engaged with 300 Yanadi tribe community people, screening documentaries and organising interactive sessions.

TREE Foundation took the opportunity to visit schools in and around SHAR. The team outreached at the Space Central School at SHAR and Pulicat Nagar, Sanctuary Range. Around 200 students from classes 6-10 participated in film screenings and interactive sessions. The students were encouraged to take up ecology related projects near their own living areas to understand the fragile and beautiful ecosystem that they live in. 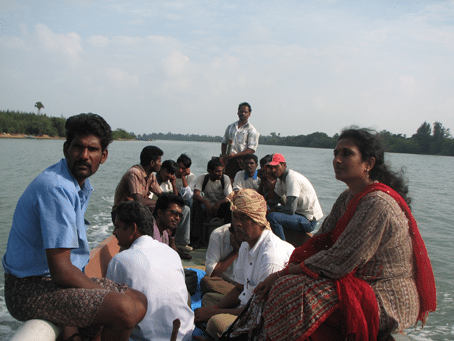 TREE Foundation has conducted a Prohibited Marine Species Workshop to emphasise the importance of enforcement in conservation strategies. TREE Foundation organised a joint workshop with the Forest Department in order to inform conservation managers and stakeholders with greater knowledge and equip them to effectively carry out conservation measures along the coast.

A District Awareness Workshop on Prohibited Marine Species and Sea Turtles included government participants from the Wildlife Wardens, DFO’s, Rangers, Foresters and the Joint Directors and Assistant Director of Fisheries, Fisheries FDO, Marine police, village Sarpanch and officials of the coastal areas of Nellore. NGOs and marine conservation groups engaged in fieldwork also participated in this workshop. TREE Foundation provided all the resource materials for conducting the workshop. The aim of the workshop was to provide necessary coordination for better conservation and management of the prohibited and protected species along the Nellore coast and also spearhead work on the countryís marine prohibited species, which include sea turtle, marine mammal, and shark conservation initiatives.

Table 1. Total number of nests protected in Nellore district from 2008 to 2012 February 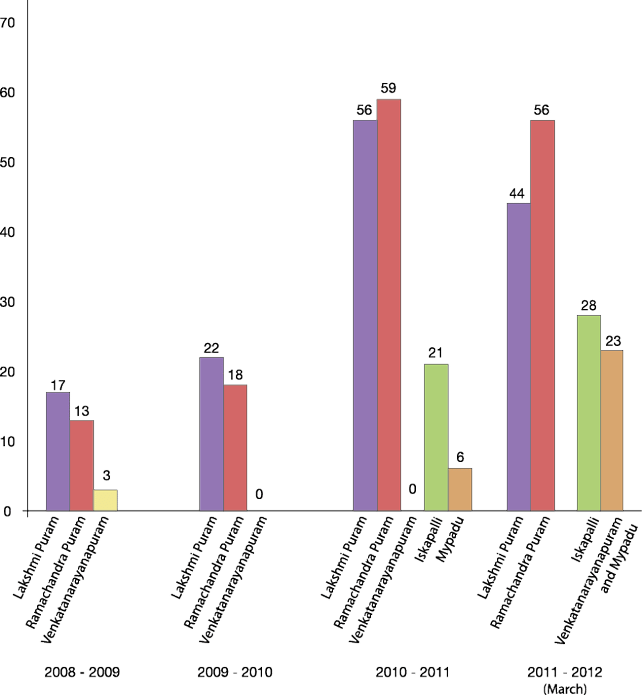 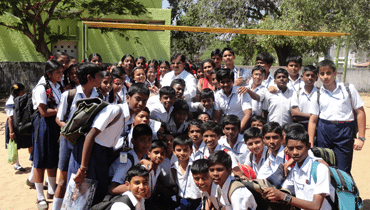 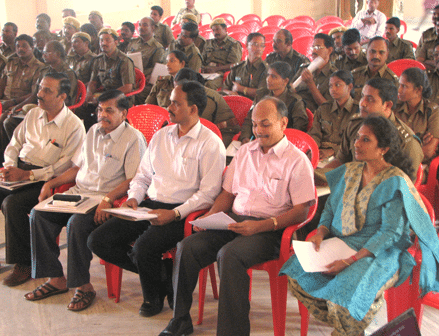 The project is supported by the Forest Department and Fisheries Department of Andhra Pradesh, US Fish & Wildlife Service and the Indian Coast Guard.