Gnaraloo Station is a privately leased pastoral station and wilderness tourism business in Western Australia that takes pride in minimising human impact on the environment as significant tourism interest in the Ningaloo World Heritage area grows. Mr. Paul Richardson, the Gnaraloo leaseholder, and Ms. Karen Hattingh, Gnaralooís Environmental Advisor, initiated the Gnaraloo Turtle Conservation Program (GTCP) onsite during 2008, after seeking legal permission to do so from Government for the prior three years. The currently monitored area, the Gnaraloo Bay Rookery, is located in the southern section of the Ningaloo Marine Park and consists of approximately 7 km of coastline along Gnaraloo Station. 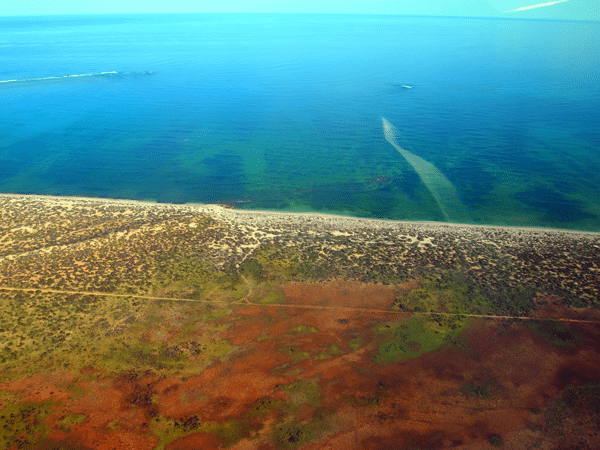 Gnaraloo coast in proximity of 7Mile

The GTCP is currently in its fourth year of operation on-ground with the programmeís scope of research being refined as well as expanding where necessary every year. Preliminary analysis of the first three seasons of the GTCP has found the area to be a significant turtle rookery in Western Australia, the Gnaraloo loggerheads (Caretta caretta) are believed to be part of the third largest loggerhead turtle population in the world, and the Gnaraloo Bay Rookery is one of two mainland areas in Western Australia with the highest nesting densities for loggerheads (the other being in Cape Range National Park in Exmouth). Three of the worldís seven sea turtle species, endangered loggerhead, critically endangered hawksbill (Eretmochelys imbricata) and endangered green (Chelonia mydas) turtles, have been found to nest at Gnaraloo with the current survey site containing predominantly nesting loggerheads. Considering the endangered status of loggerhead turtles, the Gnaraloo nesting population could play a vital role in the greater populationís success. Threats such as climate change, human activity, and inappropriate coastal developments may reduce loggerhead numbers and limit the number of suitable coastal nesting habitats. The research at Gnaraloo is important to gain as much knowledge as possible about these turtles in order to fully protect them.

The GTCP research team for the 2011-12 season comprises three scientists who hold degrees in the fields of biological or environmental sciences. The research teamís objective this season is to identify turtle species and nest distribution within the monitored area through track interpretation. This involves daily morning surveys to locate new turtle tracks to identify species, count nests and unsuccessful nesting attempts and record nest locations. Environmental and predator impacts on the nests are also carefully monitored throughout the season. In addition to the morning survey, a night monitoring programme is in place at the beginning of the season in order to confirm one hundred per cent accuracy of species identification and nest determination by the research team.
The three GTCP team members not only conduct research over the four months of the seasonal programme, but also act as liaisons with schools and guests who visit Gnaraloo. Commencing in 2010, a formal community volunteer coordinator position was added to the GTCP scientific team (still with a requirement to hold a scientific degree) to increase the involvement of the community, school groups, and the general public with the sea turtle research that takes place at Gnaraloo. The community involvement component of the GTCP is again expanding this year to allow younger persons to become involved with the research (previously, the programme only accommodated participants that were 15 years or older). Please contact the GTCP research team should you, your family or friends be interested to become involved with the programme as community volunteers. 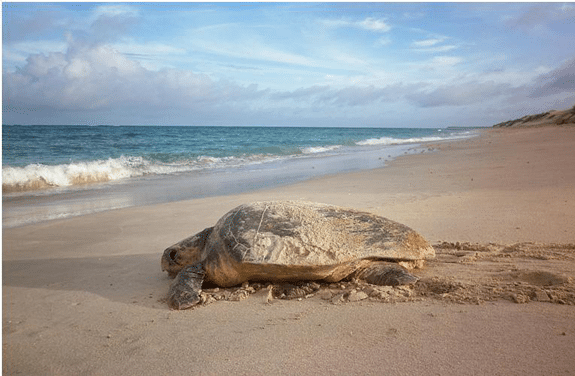 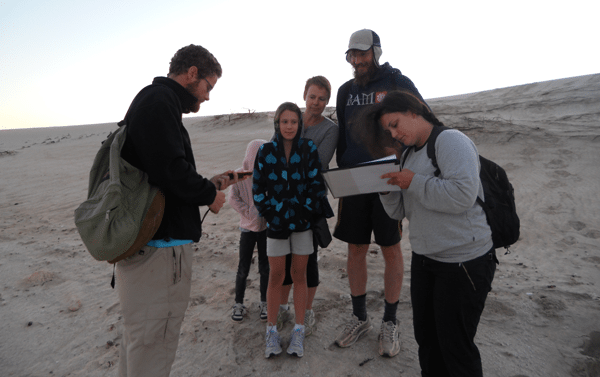 The GTCP research team will also be gathering more information on other coastal nesting sites at Gnaraloo. Aerial surveys conducted under the programme during January 2010 and January 2011 identified other potential rookery sites along the Gnaraloo coastline. This year, the research team will go one step further and monitor one of these areas over the course of the season in the hopes of adding another permanently monitored area in the future. 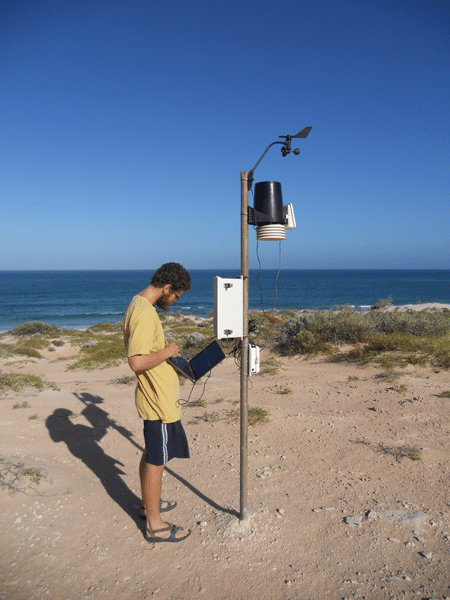 One of the primary goals of the GTCP is to gather baseline data in order to establish long term trends of sea turtle activities onshore at Gnaraloo. However, it can take up to thirty years to collect enough data to appropriately analyse these trends. This information will allow for the creation of conservation management plans to protect the biodiversity at Gnaraloo. Although the GTCP is in its infancy, the data collected each season will make important contributions to sea turtle research worldwide.

A portion of all accommodation fees at Gnaraloo is invested into the GTCP to ensure its continuation.

For more information and updates of the programme during the season, please ëLikeí our Facebook page: Gnaraloo Turtle Conservation Program.

All photos provided courtesy of the Gnaraloo Turtle Conservation Program.