A one-day workshop on efficient hatchery management was held at Mangrol, Gujarat on 8th January 2014, organised by the Gujarat Forest Department, Junagdh Division, in collaboration with the local Turtle Action Group (TAG) member, Prakruti Nature Club (PNC). The workshop primarily focused on training forest staff in efficient turtle hatchery management practices. Dinesh Goswami and Jignesh Gohil from PNC were the key resource persons for this training program (Figure 1). There were nearly 65 participants, mostly forest department officials from Mangrol, Kutiyana and Veraval regions (Figure 2). In addition to Aradhana Sahu, the Deputy Conservator of Forests and Wildlife of Junagadh, there were Range Forest Officers from nearby regions, forest guards, personnel from Marine National Parks, Jamnagar and Madhupur hatchery centres, and volunteers from PNC and Van Mitra. The workshop included general talks and oral presentations with slide shows and video clips, along with a field visit to the nearby beach. 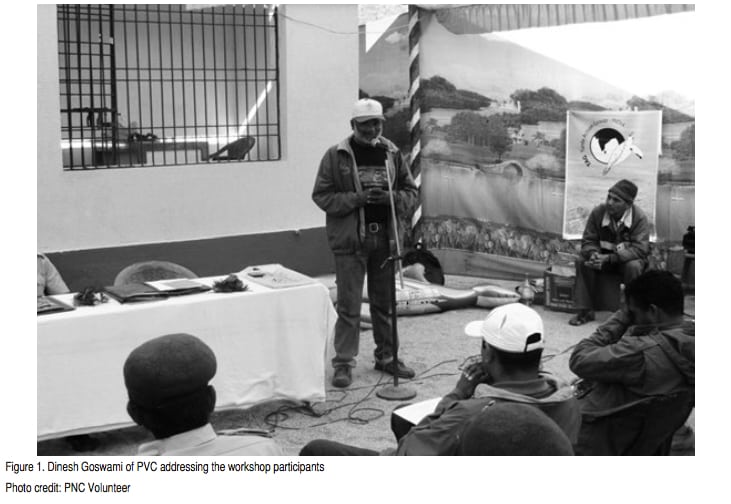 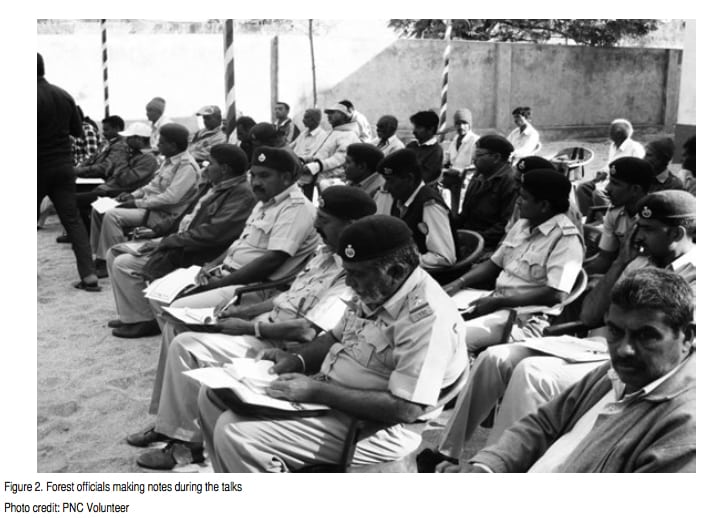 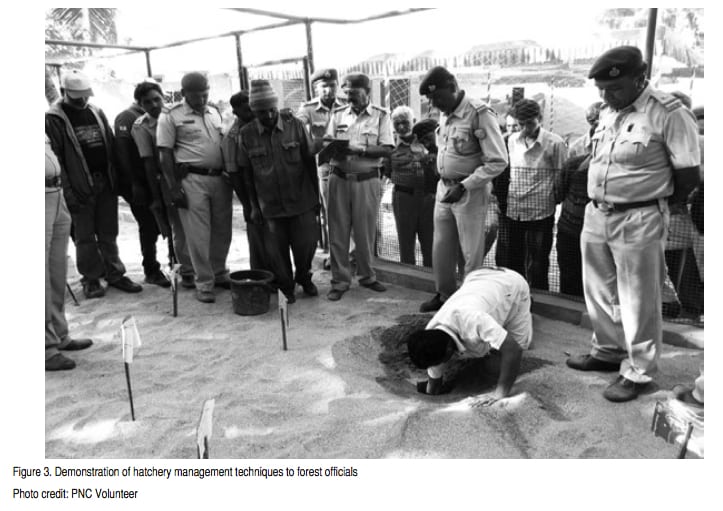 During a field visit to Mangrol beach, participants were divided into three teams and asked to find turtle nests. Pravin M. Sholanki of Marine National Park, Jamnagar, demonstrated the techniques of tracking flipper marks, locating nests, measuring nest depth and width, measuring substrate temperature, and collecting eggs for incubation at a hatchery. The participants were given demonstrations on operating a GPS and noting the location and time of the nesting event, how to transfer the eggs to the hatchery (Figure 3), and how to relocate the hatchlings back to sea. Jignesh Gohil described the appropriate care of turtle eggs when in the hatcheries, and the role of temperature in determining hatchling sex. During the two hour field demonstration, three nests and two hatchlings were located. One of hatchlings was relocated to the nearby hatchery while the other one, being healthy, was released back into the sea.

With a vote of thanks by Mr. R.D. Vansh, Range Forest Officer Mangrol, this one day workshop on hatchery management practices came to an end.

*The report is based on details provided by Mr. Jignesh Gohil of Prakruti Nature Club, Kodinar, Gujarat.