THE MARINE TURTLE FISHERY IN THE BAY OF RANOBE, MADAGASCAR

In Madagascar, turtles have long been recognised as needing protection and, in 1923, six island reserves were created for their conservation. However, only one of these was enforced (Walker & Fanning, 2003). Ratifi cation of CITES in 1975 provided legal protection against the trade of turtle products, while a 1988 national decree offered all turtles protection from exploitation. In reality, however, these laws are not enforced. Turtle meat continues to be sold in market places, their shells are converted into jewellery, and taxidermied turtles are offered to tourists in at least one major city (Golding, pers. obs.). The importance of turtles in providing food for rural communities, their cultural role in tribal customs (although now largely diluted), a lack of resources by enforcement agencies, indifference and even a desire to consume the prohibited meat, have all been cited as reasons for the poor regulation of protective legislation (Walker & Fanning, 2003; Lilette, 2006). Turtle nesting has virtually disappeared in the southwest of Madagascar due to overharvesting of eggs (Rakotonirinia & Cooke, 1994), and no coordinated management approach has been attempted in the region.

In the rural southwest, laws are largely decided at a community level, through a Dina (local law). In 2013, in an attempt to protect juvenile turtles, a Dina was passed in the 13 communities of the Bay of Ranobe (Figure 1), near the city of Toliara, prohibiting the killing of marine turtles with a curved carapace length (CCL) of less than 70cm. 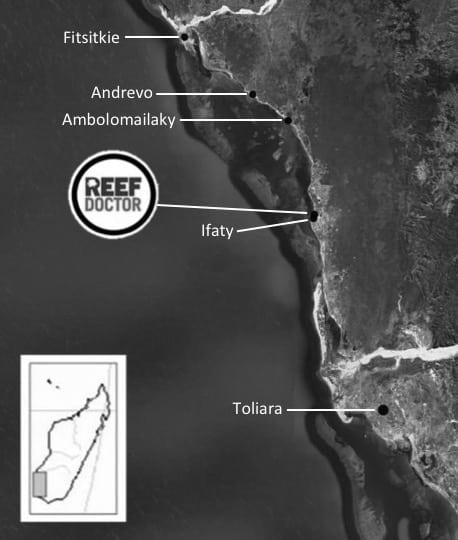 Since 2008, the conservation NGO ReefDoctor has monitored an illegal marine turtle fishery in the Bay of Ranobe. Data was first recorded from a single village, Ifaty, with additional observations from Fitsitkie since 2014 and Andrevo and Ambolomailaky in May 2016. In addition to monitoring the fishery, in 2014 ReefDoctor commenced a tag-and-release program for juvenile turtles in three of the four communities. Supporting the bay-wide Dina prohibiting the killing of juvenile turtles, the tag-and-release program provides an opportunity for fishermen who catch undersized turtles to contribute to their conservation while facilitating the collection of biological data. This program has been running in the villages of Ifaty, Andrevo and Ambolomailaky since its inception. Due to difficulties in regional transportation, the tag-and-release program was not initiated in the furthest community, Fitsitkie. Fishers are offered a small monetary compensation (between 15,000 – 20,000 Ariary or 4.5 – 6 USD) for each turtle that they contribute to the tag-and-release program as recompense for foregone catch and their efforts in releasing the turtles. This report describes the marine turtle fishery in the Bay of Ranobe during 2016.

Throughout 2016, a total of 1,521 marine turtles were caught by fishermen in the Bay of Ranobe, with the greatest amount caught during the first quarter (Table 1). 51% of captured turtles were of a curved carapace length smaller than 70cm and, therefore, assumed to be protected under the Dina preventing the slaughter of juvenile turtles. 73% of these undersized turtles were returned to the ocean via the tag-and-release program. Given that this program only runs in three of the four monitored communities, it suggests the relative success of local law combined with conservation intervention.

The fishery generated an income of 71.4 million Ariary for an estimated 80 fishermen in the four communities of Ambolomailaky, Andrevo, Fitsitikie and Ifaty over 12 months. The most valuable individual turtle sold for 200,000 MGA (60 USD), while the least expensive sold for 10,000 MGA (3 USD). The value of turtles at the market is largely governed by size. There were 164 turtles with a CCL over 100cm captured during the year, the majority of which were caught by fishermen in Fitsitikie (Figure 2). The size of juvenile turtles generally declined throughout the year, although increased slightly from a third quarter minimum (Figure 3). The average CCL of all turtles caught in the fishery was 64.3cm, although this differed temporally (Figure 4). Five species of marine turtles were captured in the fishery, with green turtles dominating catch, despite declining proportional abundance towards the end of the year (Figure 5). The community of Ifaty generated the greatest income through the slaughter of turtles (Table 2), despite fishermen catching smaller turtles and receiving a smaller average price per turtle, than Fitsitikie. 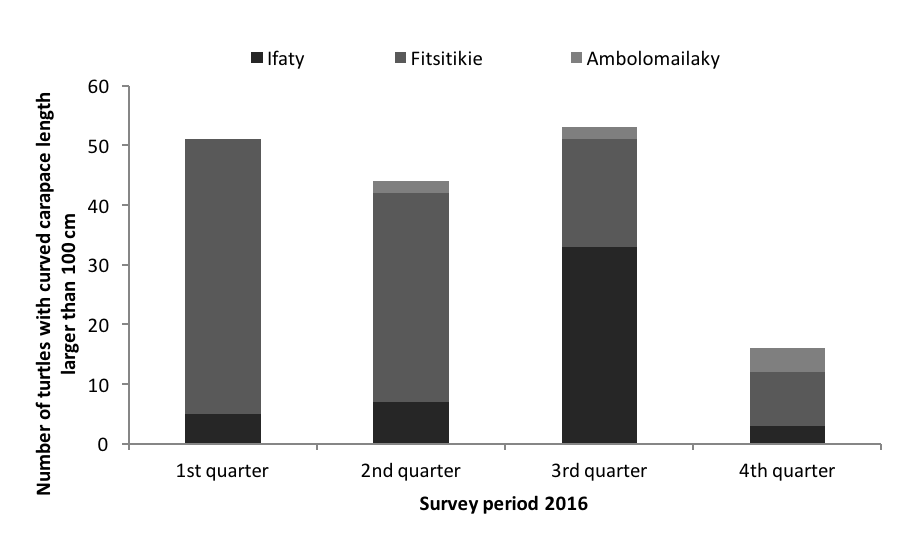 Figure 2. Fishermen in Fitsitikie were responsible for catching the largest turtles (over 100cm CCL), while no large turtles were caught by the community of Andrevo. 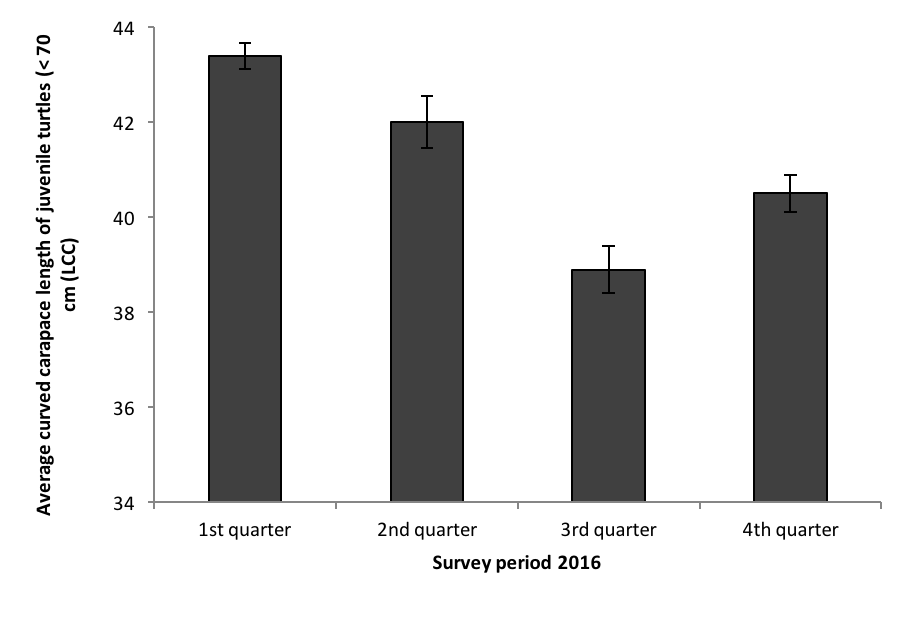 Figure 3. The average size of juvenile turtles (those with a curved carapace length of less than 70cm) generally declined throughout the year. 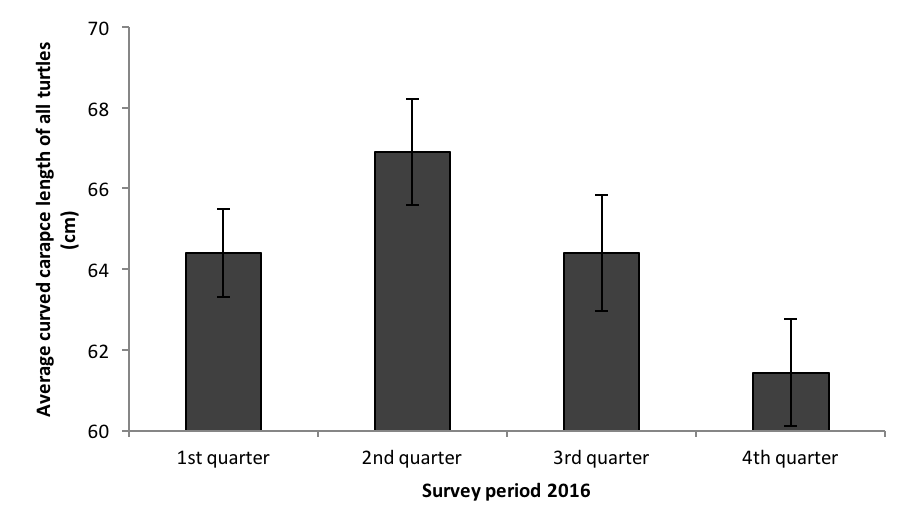 Figure 4. The average curved carapace length of all turtles caught in the fishery was greatest during the second quarter of 2016. 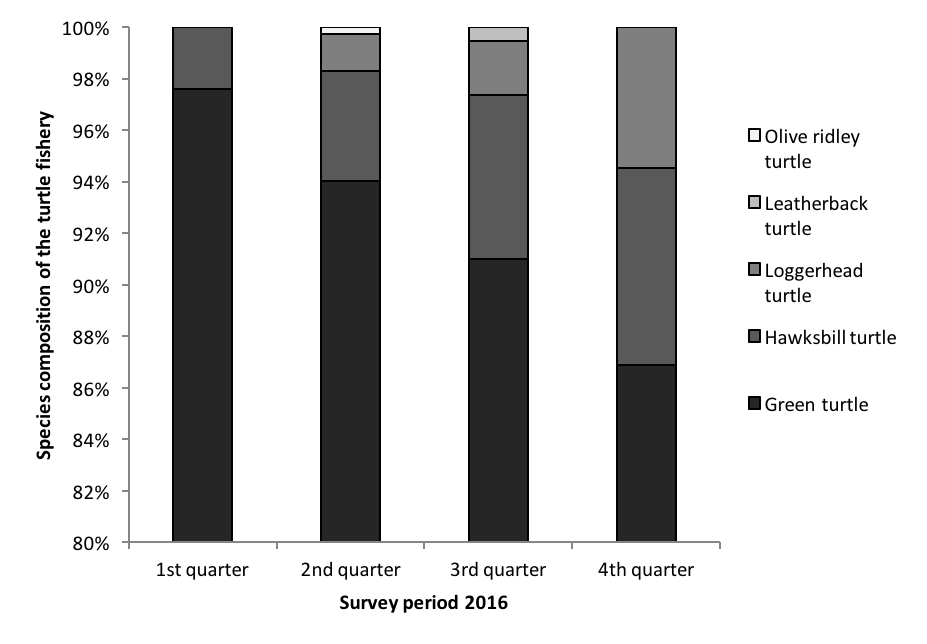 Figure 5. Green turtles constituted the majority of the fi shery, despite declining proportional abundance throughout the year.

Prior to June 2016, ReefDoctor accepted any juvenile turtles for their tag-and-release program. The use of spearguns and harpoons for fishing is widespread in the region, and turtles often presented with carapace wounds, lung punctures and on one occasion, paralysis. Depending on the severity of the wound, these turtles occasionally died. In an attempt to halt the mortality of these turtles,

ReefDoctor in June stopped accepting turtles which had been caught with a speargun or harpoon. Despite the removal of this gear, the number of juvenile turtles caught in the fishery increased from 183 in the second quarter, to 211 in the third. However, monitoring of the size of turtles that were killed and sold in the market, indicated there was no increase in the mortality of juvenile turtles. Rather, there was an increase in the percent of juvenile turtles that were released via the tag-and-release program in the third quarter (Table 1). This suggests that rather than continuing to use spearguns to hunt turtles and then selling the turtles on the market, fishermen stopped hunting turtles with the injurious gear. From June, nets replaced spearguns/harpoons as the dominant type of gear used to catch juvenile turtles (Figure 6).

Table 2. Despite a smaller average price per turtle, the sale or consumption of turtles in Ifaty generated substantially more income for fishermen than Fitsitikie in 2016. 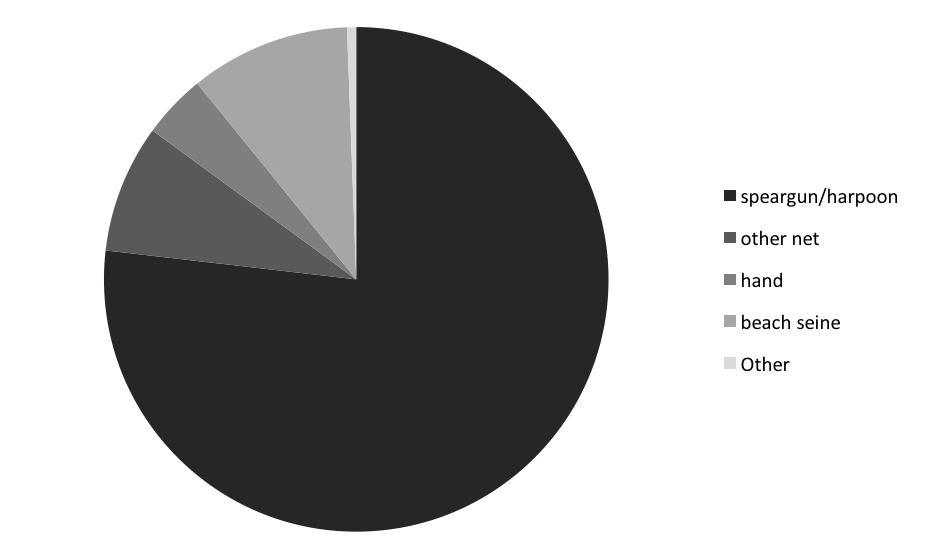 Figure 6a. Spearguns and harpoons made up the primary gear for catching juvenile turtles from January-May 2016. 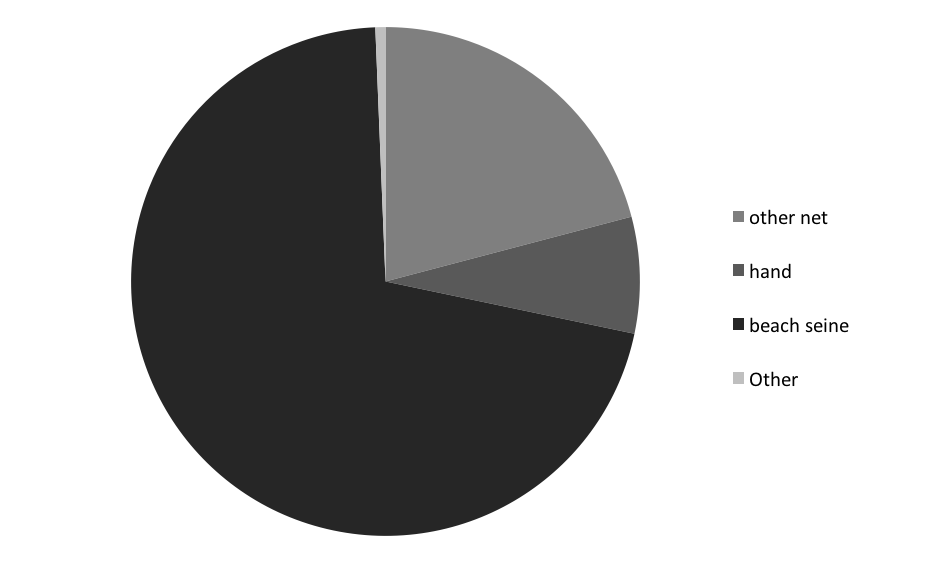 Figure 6b. Nets constituted the primary gear for catching juvenile turtles from June-December 2016

Despite the Dina outlawing the killing of juvenile turtles, 14% of turtles submitted to the tag-and-release program were reported to be caught by hand. It is unclear whether these turtles were caught with the express intention of presenting to ReefDoctor in order to claim compensation, or if this notion was developed after the turtles were caught. The tag-and-release program may therefore allow fishermen to continue to hunt juvenile turtles, despite the local law against their mortality. It certainly reduces the economic imperative to kill juvenile turtles, by compensating fishermen for their catch. Spearguns and harpoons continued to be the most commonly used gear to hunt large turtles.

This study demonstrates that despite legal protection, marine turtles are still frequently caught by fishermen in the coastal waters of southwest Madagascar. While five species were observed, green turtles constituted the majority of the catch, reinforcing Rokotonirinia & Cooke’s (1994) observation that the waters around the Toliara reef system are important feeding grounds for this species. Hawksbill turtles were the second most abundant species, while only a single olive ridley turtle was caught during 2016, suggesting their limited distribution in the region.

Given the high market value for large species, it is likely that marine turtles will continue to be targeted by fishermen. For impoverished communities in the Bay of Ranobe, the marine turtle fishery provides a signifi cant economic service. As commercially important finfish and invertebrates continue to decline from the bay, the lure of large, prized species such as turtles is expected to increase, accelerating their harvest. Any attempts to relieve fishing pressure on the turtle fishery must provide alternative livelihoods of an equivalent value, and do so reliably.

Although more turtles were caught in the fishery during the third quarter than in the second, there was also an increase in the proportion of juvenile turtles that were released through ReefDoctor’s tag-and-release program, suggesting increased support for the initiative with fishermen. Given this increase in released juveniles, and no increase in juveniles at the market, there has not appeared to be any negative consequences from the decision to exclude juvenile turtles caught with the use of harpoons and spearguns from the program. Rather, all turtles released during the third quarter were free of associated injuries, and there were no observed deaths of juvenile turtles, as occurred in previous quarters.

Fishermen from the community of Fitsitikie were responsible for catching most of the large turtles, most likely due to the community’s proximity and ease of access to the exterior of the bay, and thus deeper waters. The decline in average size of turtles captured in the fishery must continue to be monitored to ensure the sustainability of the species.

Future studies will focus on the mapping of turtle fishing grounds to gain a clearer understanding of the spatial distribution of catches, and their influence on the economics of the fishery. Continued monitoring of the fishery, with the introduction of catch per unit effort surveys, will further help to detect changes in regional turtle populations.

This study was made possible through funding by the Darwin Initiative and the Rufford Small Grants Foundation.

Lilette, V. 2006. Mixed results: conservation of the marine turtle and the red-tailed tropicbird by Vezo semi-nomadic fishers. Conservation and Society 4: 262-286