Edakkazhiyur beach (10º36´32´´N, 75º59´24´´E) in Chavakkad, Kerala, India, is a known nesting ground for olive ridley turtles (Lepidochelys olivacea). The nesting season in this area runs from November to March, and over the years the number of nests along Chavakkad beach have increased from one nest in 1998-99 to 10 nests in 2017-18 (Sundaram et al., 2019), thanks to the efforts of Green Habitat, a local NGO dedicated to the conservation of turtles. Periodically, night patrols are conducted during the nesting season.

During a night patrol on 8th February 2019, we observed a dead female olive ridley turtle on Edakkazhiyur Beach. We returned the following morning after dawn, for closer inspection, and observed that the turtle had been badly injured with broken carapace and was starting to decompose (Figure 1). The turtle was about 60cm long in carapace length. The carcass was later buried in the beach.

It is not clear when the injury to the carapace occurred. If when the turtle was alive, it might have come near to the shore for nesting and in the process may have been hit by the propeller of a boat or trawler. The boat strike could also have occurred after the turtle had died of other unknown causes. Stranded turtles along the Kerala coast have been rarely reported, although it could be that more occur but have not been properly documented. There seems to be only four reports of stranding turtles along the Kerala coast, including Anil et al. (2009), who reported a dead stranded leatherback (Dermochelyscoriacea) in Vizhinjam and Baby (2012) who reported a dead stranded olive ridley turtle from Thrissur. Recently, Sreekumar et al. (2016) reported a dead stranded olive ridley turtle from Cherai beach and Saleem et al. (2019) reported a live injured olive ridley turtle from Thrissur. All the four instances of stranding were observed during the breeding season. 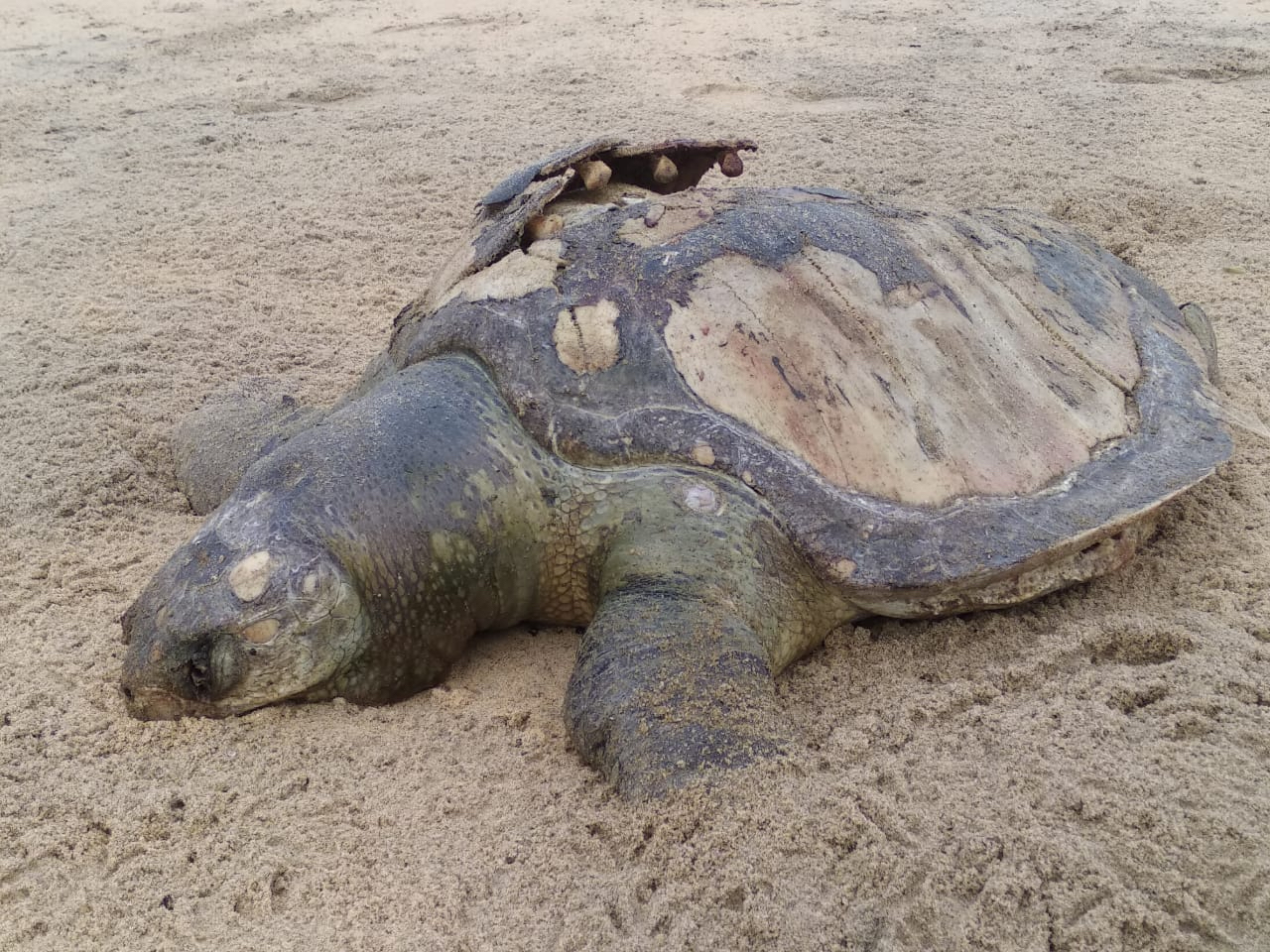 According to Rajagopalan et al. (2002), the rate of incidental catch of sea turtles along Kerala coast is greatest in the month of January, which is roughly the middle of the olive ridley breeding season, hence maximum care by vessels should be taken during this period to avoid turtles. As a preventive measure, fishing and trawling effort in the vicinity of the Kerala nesting beaches should be limited during the breeding season, to reduce the likelihood of incidental capture of reproductive females. To further protect these turtles, increased awareness of sea turtles among fishers is needed, with the aim to ensure that turtles incidentally captured in fishing gear are successfully removed from the gear and released back to the ocean alive. The use of turtle excluder devices (TEDs) by fishing trawlers may also help reduce bycatch.