Watamu Beach (3.367331° S, 40.00983° E) measures 5.7km in length and lies adjacent to the Watamu Marine Park on the north coast of Kenya (Figure 1). The park was established in 1968, making it Kenya’s oldest marine park. Water temperature varies from 20°C (June to November) to 30°C (December to May). Watamu Beach is a nesting beach for mainly green and olive ridley turtles (Okemwa et al., 2004), but one leatherback nesting has also been recorded (Van de Geer et al., 2020). Daily monitoring (every night of the year) of sea turtle nesting on Watamu Beach is conducted by the NGO Local Ocean Conservation (LOC) in collaboration with local community members and other stakeholders. 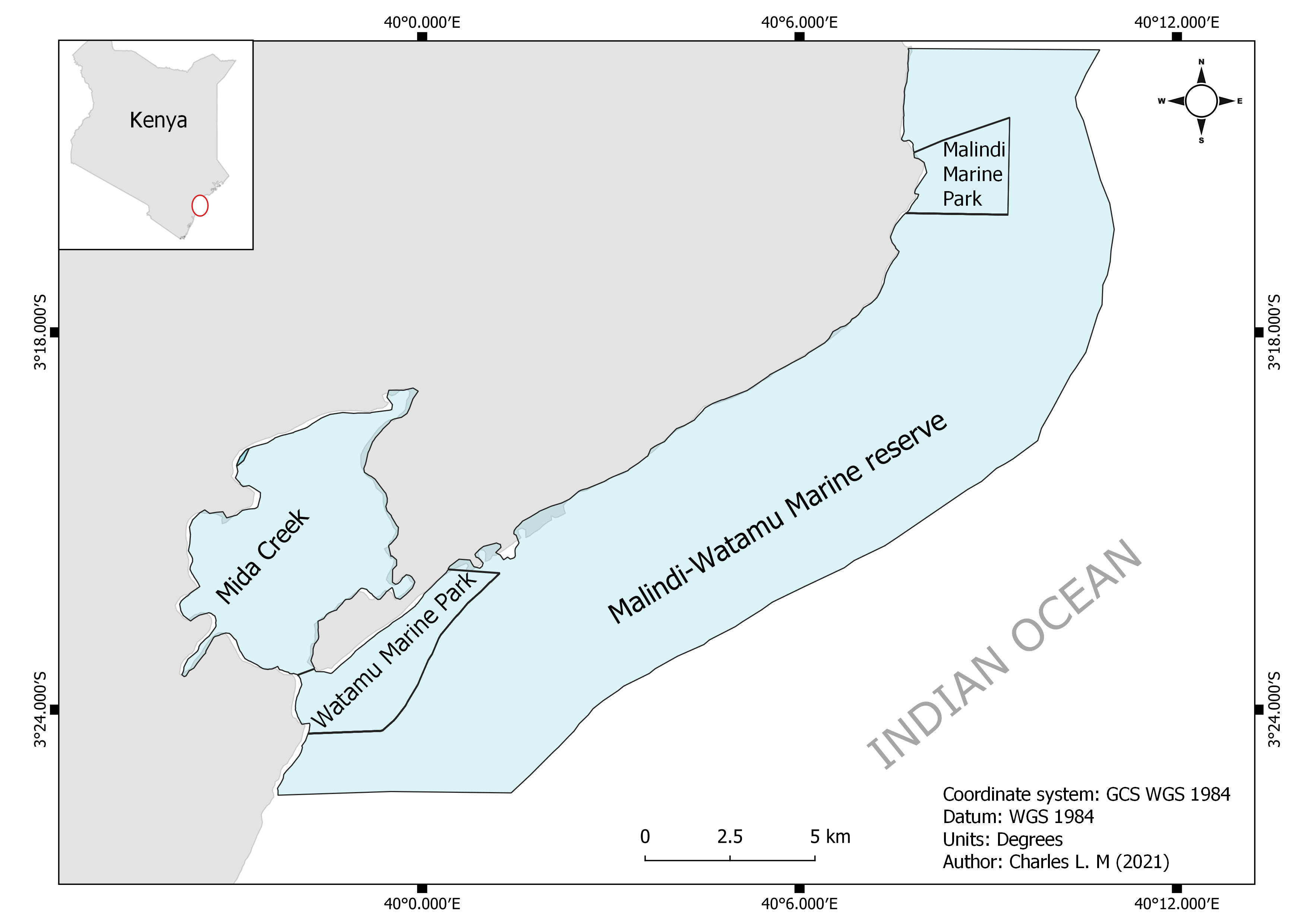 Figure 1. The location of Watamu Beach adjacent to the Watamu Marine Park on the north coast of Kenya.

Since 1997, LOC has been running a sea turtle nest monitoring and protection program which includes nightly beach monitoring for 2 hours before and after high tide, a period during which many turtles emerge to nest (Pinou et al., 2009). The nest monitoring team at LOC observes nesting turtles to identify the precise nest location for monitoring purposes (SWOT Scientific Advisory Board, 2011). Turtles are tagged on both front flippers after nesting, following global tagging protocols (Heidemeyer et al., 2018). The curved carapace length (CCL; cm) and curved carapace width (CCW; cm) are measured using a flexible tape measure in efforts to monitor growth rates of individual nesting turtles (Braun et al., 2008). Eggs laid in vulnerable locations, for example below the high-water mark or at locations prone to depredation and disturbances from human factors like sunbeds and trade shades (known as beach shacks elsewhere in the region), are relocated to safer sites on the beach above the high-water mark (Tuttle et al., 2010). The location of the original and relocated nest is recorded using a handheld GPS (GARMIN eTrex 20x). Nests are monitored by frequent visits during night patrol until hatchling emergence, and nest contents are excavated and examined three days after the majority of hatchlings have left the nest to determine the clutch size and hatching success (Miller, 1999).

The continued long term monitoring activity by LOC confirmed repeated nesting of the green turtle tagged as KE0628/KEL0363 along Watamu Beach. This turtle was tagged in 2003 after laying its first recorded clutch, at which time it measured 115.1cm CCL and 104.2cm CCW. Since then, the turtle has been the longest recorded nesting history in Watamu, laying an average of six clutches per year, every three to five years, for a total of 35 nests from 2003-2020. Average clutch size, incubation period and hatching success over time are presented in Table 1.

However, the nest locations of green turtle KE0628/KEL0363 have shifted in an overall south direction during the five nesting seasons (2008, 2011, 2014, 2017, 2020; Figure 2), although one nest in 2020 was laid in the north of the marine park. A similar shift has been noted across the position of all nests over time (Makio, unpubl.). This geographic shift in nesting could be attributed to the shoreline changes resulting from temporary sea walls erected during the tourist season (August-March), which can affect the functionality of coastal beaches and can lead to sea turtle nesting shifts (Schooler et al., 2017; Fujisaki et al., 2018) and reduced sea turtle reproduction (Mazaris et al., 2009). Additionally, the southwards shift in nesting could be due to different forms of coastal development, and/or lighting at the northern end of the marine park in comparison to the south.

These observations emphasise the importance of long-term and consistent monitoring of sea turtle nesting. This study recommends that similar long term and consistent monitoring be extended to other beaches along the Kenyan coast. Similarly, it recommends that the Integrated Coastal Zone Management (ICZM) Action Plan for Kenya 2010, which included strategic planning and management of coastal development, provision of infrastructure based on spatial planning, and coordination and communication mechanisms within and between governments, community and other stakeholders (Mwaguni & Munga, 2010), be implemented at Watamu Beach. 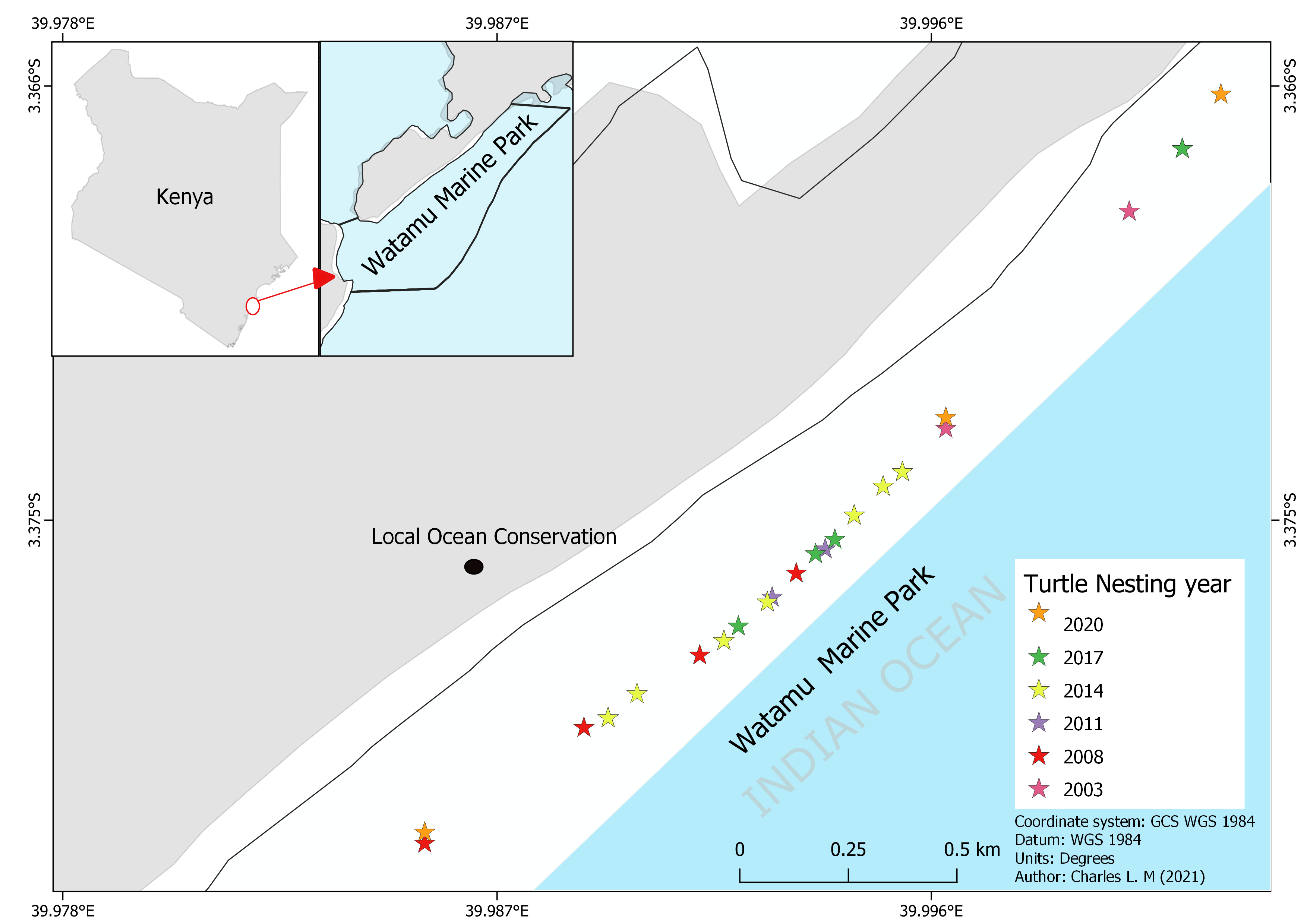 Figure 2. Nesting locations of the green turtle KE0628/KEL0363 over time along Watamu Beach.