STRANDING OF SEA TURTLES ON THE COAST OF KARWAR, INDIA

Sea turtles in India are exposed to numerous anthropogenic threats including fisheries bycatch, illegal take of meat and eggs, coastal development, pollution (including plastic ingestion), climate change, and boat interactions. Anthropogenic threats are thought to account for two to three times more sea turtle deaths than those resulting from natural causes; however, some of these threats remain largely unquantified (Ataman et al., 2021). Most dead turtles are found in a state of decomposition (Epperly et al., 1996) with no injuries on the body so it is difficult to determine the cause of death (Phillott & Godfrey, 2019). This note documents the stranding of dead sea turtles in Karwar on the coastline of Karnataka, to add to the knowledge of species and life stage distribution in the waters of west India and potential threats from human activities.

The three stranded turtles were reported by local fishers, or members of the public known to the authors. Two dead green turtles (Table 1; Figure 1 and 2) were found in August 2021 with no external injuries. The CCL suggests both green turtles were sub-adults (Bresette et al., 2010). Local fishers reported that bull (also known as pair) trawling had recently occurred nearby and so the cause of death is suspected to be drowning after entanglement in fishing gear. Different size classes of green turtles are known to forage in the region, but the last record of a stranded green turtles on Karwar shore was a dead female on 20th December 2012 (Naik et al., 2015).

A dead hawksbill (Table 1; Figure 3) was also found, for the first time in Karwar. Drowning after entanglement in bull/pair trawling gear is believed to have caused the death of this turtle, too. The CCL (<60cm) indicates the hawksbill turtle is a juvenile (Ferreira et al., 2018). 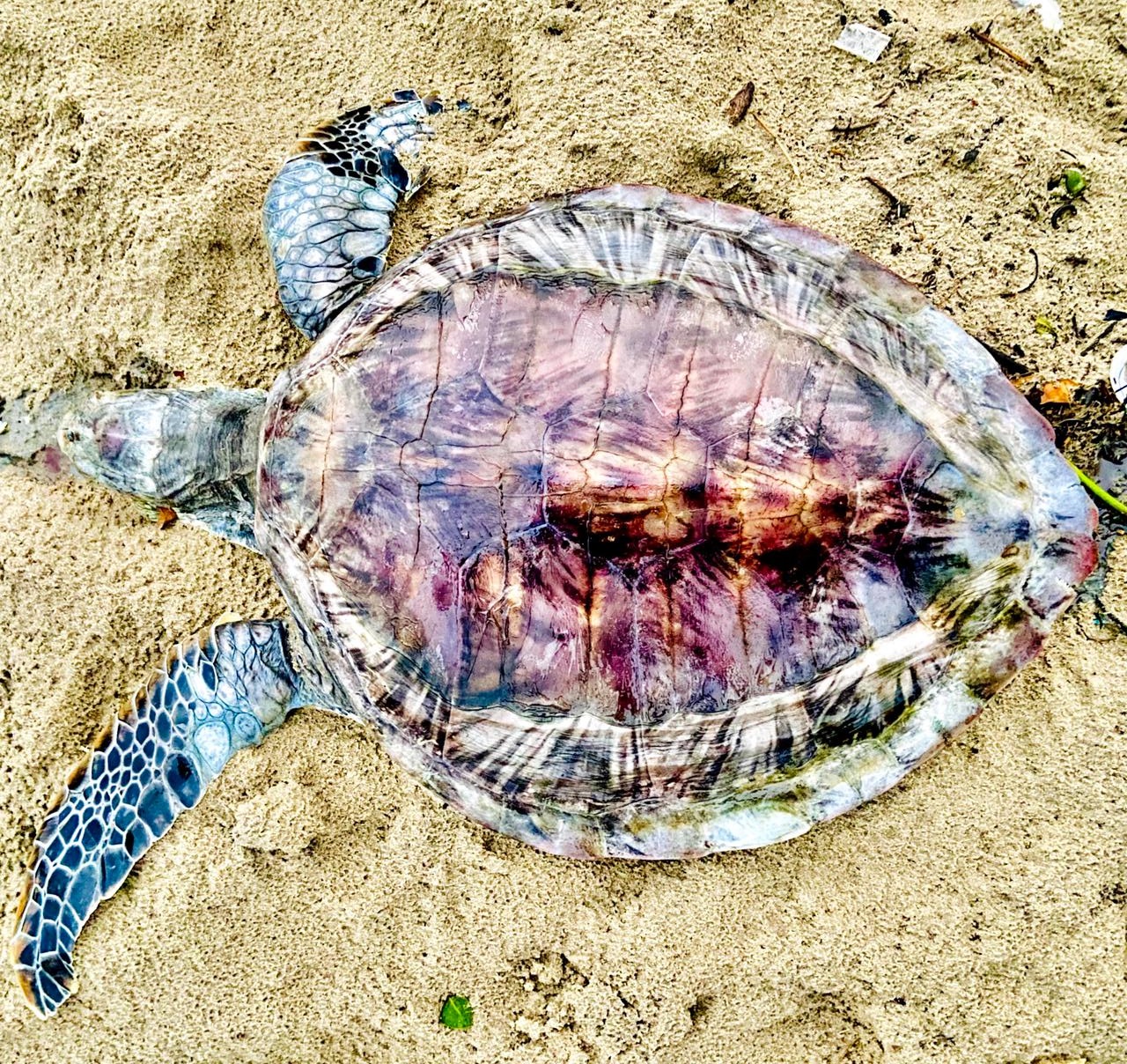 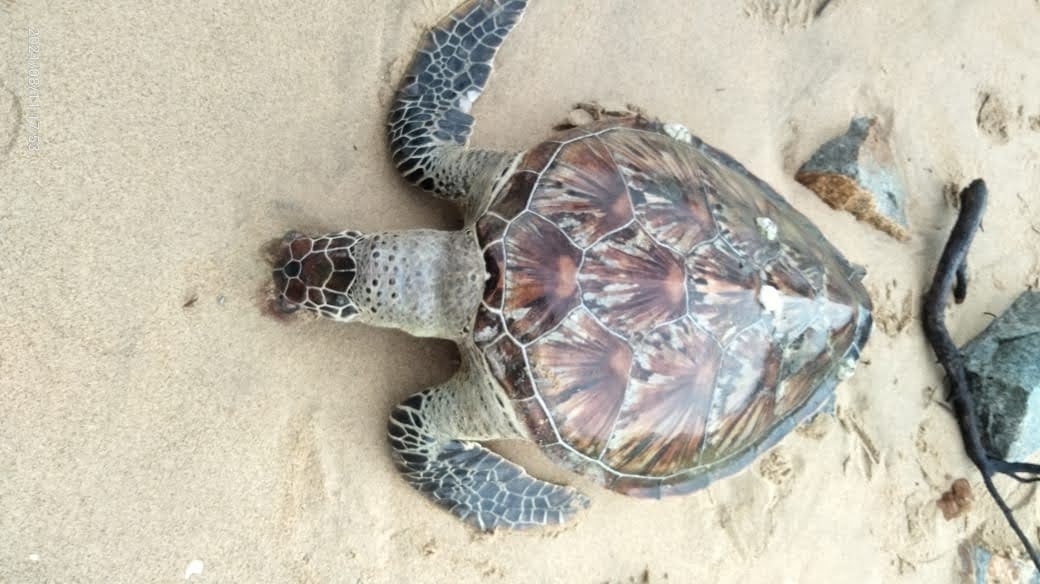