RESCUE OF A GREEN SEA TURTLE CAUGHT IN A MIDWATER TRAWL ALONG PALK BAY, SOUTHEAST COAST OF INDIA

An exploratory fish trawl survey was conducted on 4th March 2021 along the Mallipattinam coast of Palk Bay, Tamil Nadu, on the southeast coast of India. Midwater trawling was carried out between the coordinates of 10.25° N, 79.53° E and 10.28° N, 79.64° E, 5 nautical miles offshore and in waters 7m deep. When hauling the trawl net, we noticed that a single green turtle (Chelonia mydas) was accidentally caught in the trawl catch (Figure 1). The neck of the turtle was entangled in an abandoned gillnet. The turtle was removed carefully from the codend of the trawl net and cut free from the entangling gillnet without any further apparent stress and injury. The turtle was carefully examined but no sign of injury or malformation were found. Morphometric measurements were taken with a flexible tape measure (Figure 2) and the weight estimated by hand (Table 1). The tail did not extend beyond the carapace so, at this size, the turtle cannot be conclusively identified as male or female. The turtle was released back into the sea with the help of crew members (Figure 3).

Green turtles have a Type II developmental pattern, spending their early years in the oceanic zone and then moving into the neritic zone as young juvenile turtles (20-35cm CCL; see Bolten, 2003).

Historically, seagrass meadows in the coastal waters of Tamil Nadu, including Palk Bay, supported foraging populations of green turtles (Agasitheesapillai & Thiagarajan, 1979) in such numbers as to support a commercial fishery (Jones & Fernando, 1973; Agasitheesapillai Mudaliar, 1996). The green sea turtle described in this study is likely part of the current foraging population in Palk Bay. 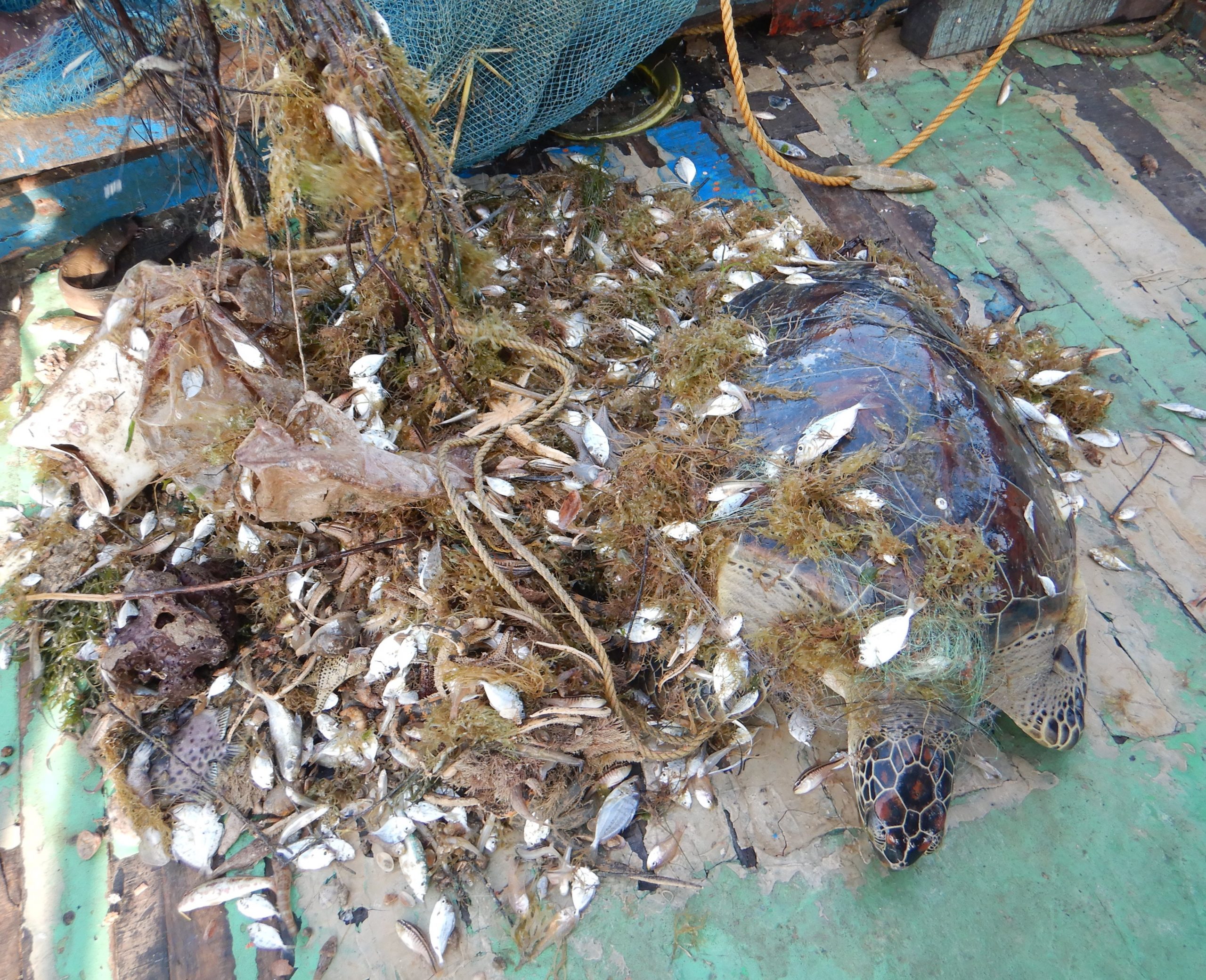 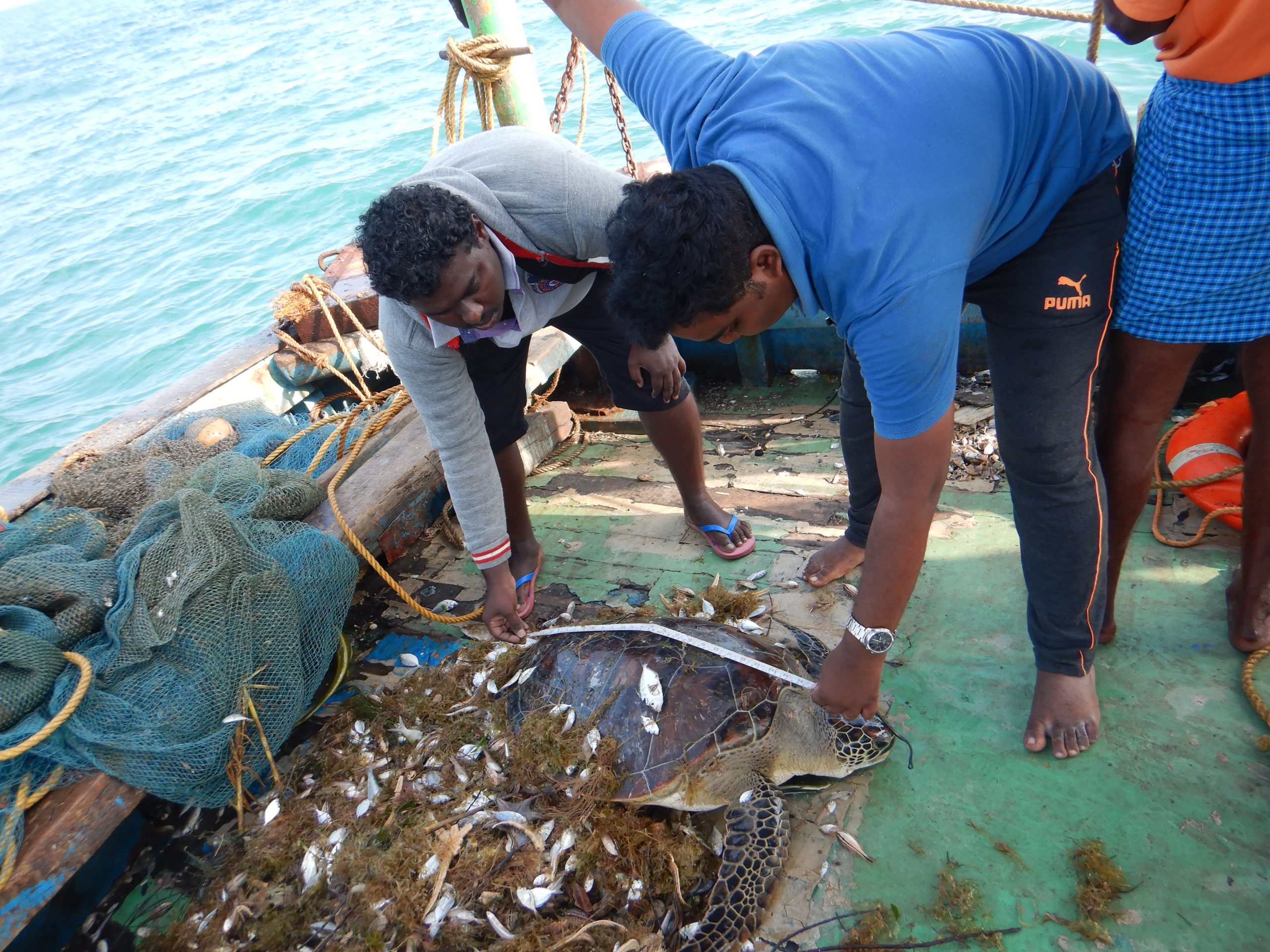 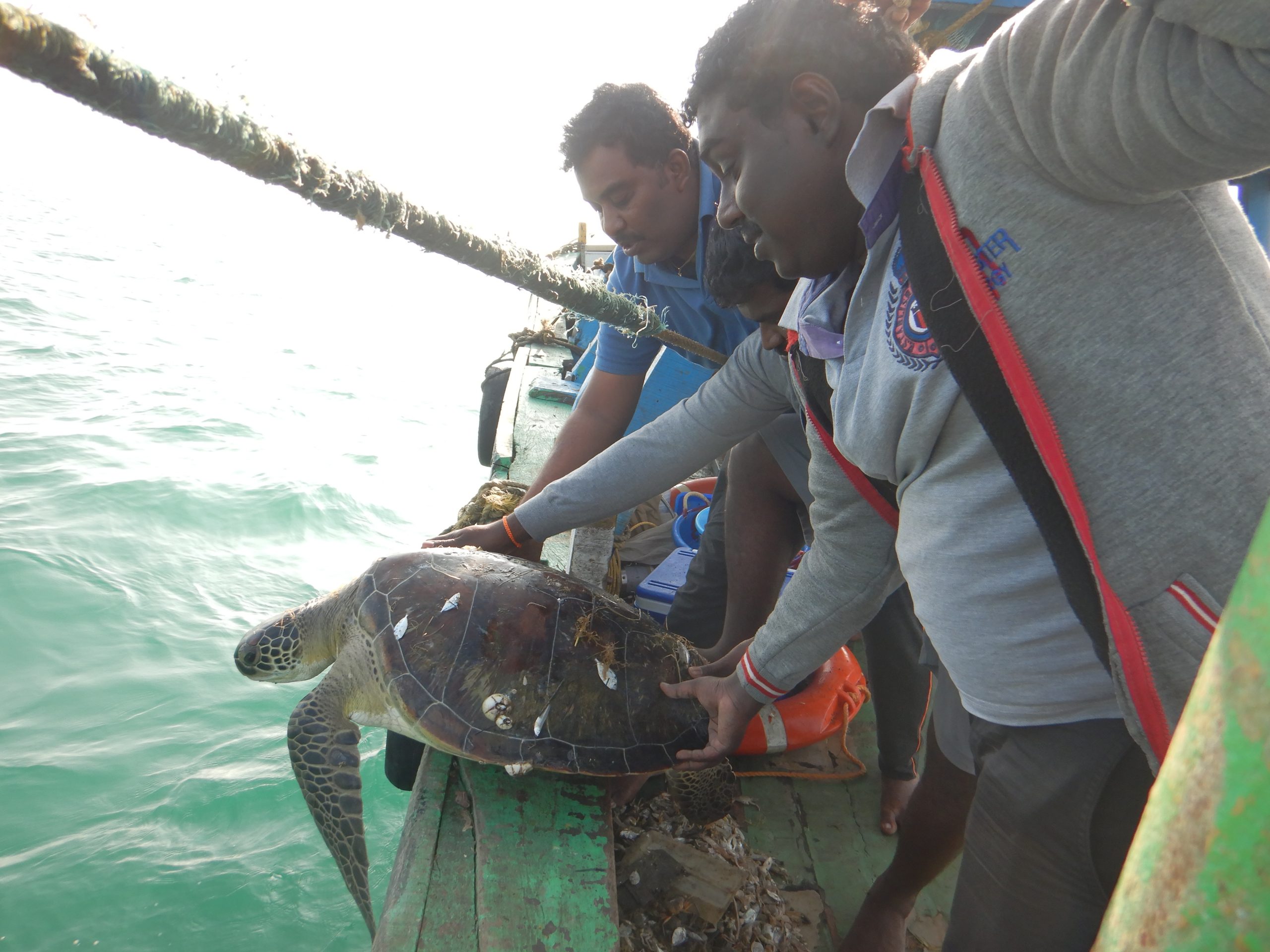 The authors acknowledge the support and encouragement of Director, CMFRI, Kochi, and Head in-Charge of Mandapam Regional Centre of CMFRI.

Agasitheesapillai, A. & R. Thiagarajan. 1979. Biology of the green turtle Chelonia mydas (Linnaeus) in the Gulf of Mannar and Palk Bay. Journal of the Marine Biological Association of India 21: 45-60.

Jones, S. & A.B. Fernando. 1973. Present status of the turtle fishery in the Gulf of Mannar and the Palk Bay. Proceedings of the Symposium on the Living Resources of the Seas Around India. Pp. 712-715. Special Publication of the Central Marine Fisheries Research Institute, Cochin-11.